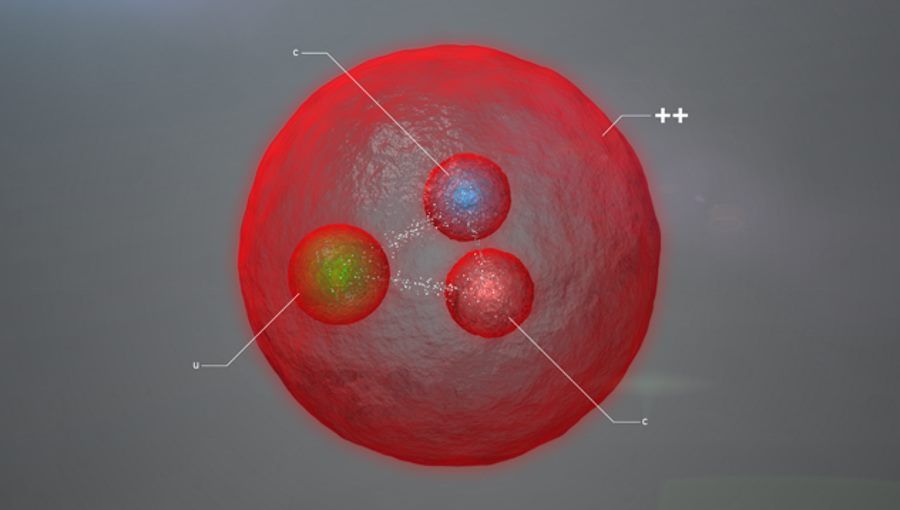 A new, unusual particle has been identified at CERN

Physicists working at the Large Hadron Collider (LHC) have announced the discovery of a new particle with unusual properties. This is the baryon Xi-cc ++. The existence of the particle has been predicted theoretically, but now for the first time it has been identified experimentally.

The new particle, the baryon Xi-cc ++, is composed of dw ch quark alluring and one g quark rnego. Its discovery was expected by researchers, because the existence of this type of particle was predicted on the basis of current theories, but until now it has eluded scientists. This is the first time its existence has been confirmed experimentally.

Almost the whole world wok ł us is made of baryons , which re are common particles composed of three quarks. The best known are protons and neutrons. These in turn are made up of even smaller particles called quarks. The quarks combine at s different ways to form different types of particles. There are six of them and they can be light or heavy.

– The Xi-cc ++ particle is almost four times heavier than the other baryon. Finding a heavy baryon is of great interest because it will provide a unique tool for further analysis of quantum chromodynamics, a theory that describes the so-called. strong interactions, which re are one of the four primary forces – said Giovanni Passaleva, a new spokesman for the LHCb.

LHCb (Large Hadron Collider beats) is the particle detector at the LHC. It is used to observe the decay meson in B and has pom c explain how the world is built.

– Unlike other baryons , w kt which three quarks perform a complicated dance wok ł each other, such a heavy baryon should behave like a planetary system, in which the rym two heavy quarks play the role of stars orbiting around the ³ himself, with a lighter quark circulating around the ł of this system sub jnego – explained Professor Guy Wilkinson of Oxford University, a former spokesman for the LHCb.

Measuring the properties of Xi-cc ++ will help determine how the dw system behaves ch heavy quark in and one light. Discovery of new particle raises expectations for identification of other representatives of the heavy baryon family .

The new discovery was announced at a physics conference in Venice last week. The identification of the new particle was presented also in a reputable journal „Physical Review Letters”.