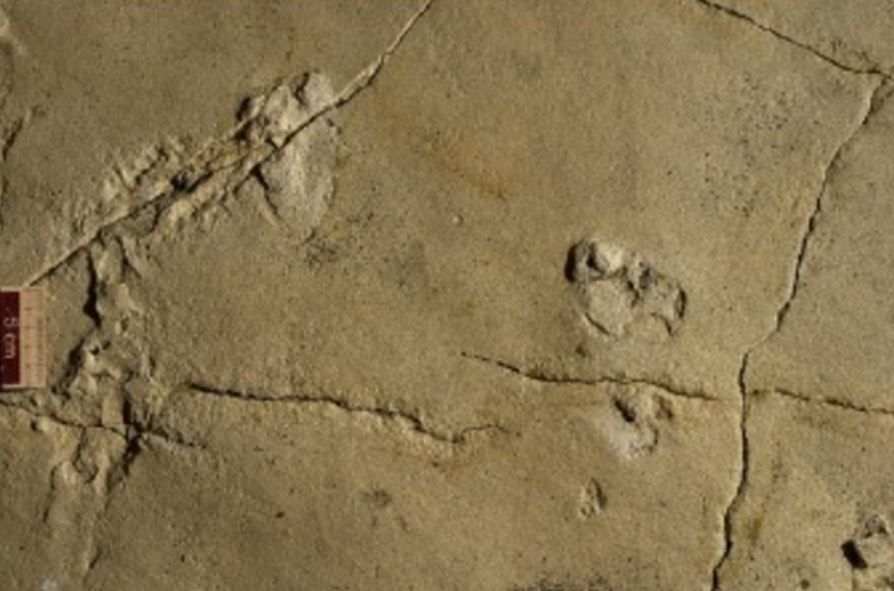 The oldest traces of human ancestors discovered by Poles were stolen

Perfectly preserved traces of the primate 5.7 million years old fell victim to robbers. The clues were discovered recently on a beach in Crete, and this sensational find was made by a team of scientists led by Poles.

About the discovery of the oldest clues in left by relatives of Homo sapiens was reported at the end of August in the pages of the „Proceedings of the Geologists' Association”. Not two weeks have passed and part of the find has been pilfered. Of the 29 discovered trace disappeared 8.

Fortunately, the thief was quickly caught. According to the zarpanews website.gr, is a high school teacher from the town of Kissamos in Crete. Interestingly, it was he who informed the police of the theft. Two of the eight cut off fragments in the traces were found in a teacher’s house in Crete, and the rest, along with the robber, were found in Greece.

On the footprints of human-like creatures, which re 5.7 million years ago passed through the beaches in present-day Trachilos, Dr. Gerard Gierlinski of the National Geological Institute in Warsaw came across it, who ry in 2002 spent vacations there. The researcher after a few years returned He went to the site together with a trace specialist – Dr. By Grzegorz Niedźwiedzki of Uppsala University. Other scientists from Poland, Greece, Sweden and the US also joined the team.

Researchers have determined that the footprints belong to a bipedal creature. Among d 29 trop was not imprinted in the front paws. On top of that, the creature had upright, not opposable toes st p. Gait line also resembled a human one, or at least one of our relatives. After examining the sediments surrounding the footprints, the age of the find has been determined at 5.7 million years. It took more years for researchers to verify the discovery. That’s why the world heard about him only this year.

The discovery of scientists , which rymi led by Dr. Gierlinski challenges the thesis that the birthplace of man was Africa. But this is not the first of such discoveries. In May of this year, the journal PLOS ONE reported on the finding in Bulgaria and Greece of dw ch fossils that re suggest that the human and ape lineages separated from each other several hundred thousand years earlier than previously thought. And it probably did not happen in Africa. For more on this topic, see: Europe was the birthplace of man?