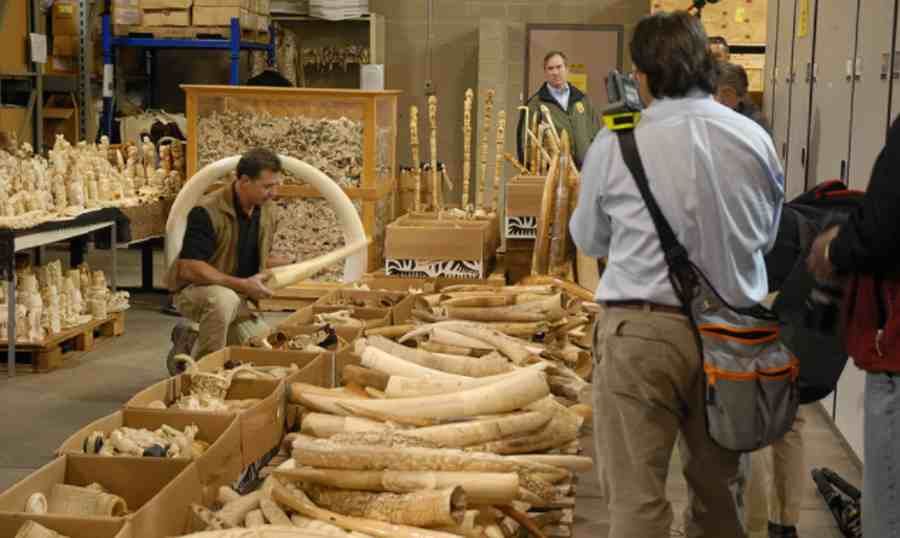 China has outlawed the ivory trade

The world’s largest legal ivory market has been shut down. On December 31, 2017, the Chinese government outlawed trade in these products. – This is one of the most important days in the history of elephant conservation, said WWF vice president.

With the decision of the government of the Middle Kingdom, there is growing hope for an effective fight against poaching. About 30,000 elephants were killed annually due to demand for ivory. Poaching, combined with the reduction of the animals’ natural habitat, has caused a drastic decline in elephant populations. According to the WWF, the number of African elephants living in the wild over the past 100 years has dropped from about 3-5 million up to 400,000.

The news that the world’s largest ivory market no longer exists has been welcomed by environmentalist in, but also people who ho care about the welfare of animals. – This is one of the most important days in the history of elephant conservation – said Ginette Hemley, vice president of WWF. – China has fulfilled a big promise to the world, giving elephants hope for a better future – added.

Despite an international ban on ivory trade in 1990, many countries around the world continued to trade within its own borders. According to China’s Xinhua news agency, there were 34 legal workshops in the Middle Kingdom dealing with elephants until the first of January b ivory and 143 legal trade points for ivory products. 67 workshops closed in March 2017. The government has promised to help retrain workers in this sector.

However, it is too early to estimate how much China’s ban will reduce elephant poaching. The illegal trade will undoubtedly continue zar both inside and outside China.

– This ban certainly won’t end the poaching and killing of elephants for their blows. However, China is sending a clear message to the world. Their example may be followed by their neighbors, where the ivory trade is still legal. Only then can it be said that this trade will not permeate fare to other countries. The fate of elephants depends on the ban on trade in their bones. Decisions belong to the government in these countries , which re still allowing for this – added Hemley.

Closing the market will hinder the ivory trade. It will also discourage people from buying products of these bones. Ivory objects are treated as a status symbol in China. It is also popular gifts, as well as an investment of capital.

The Middle Kingdom in 2015 pledged to gradually reduce trade in ivory products. According to the pledge, legal trade was to last until the end of 2017. China’s decisions had a huge impact on the price of ivory in the markets of the. In 2014, the price per kilogram was $2,100. In February 2017, it fell to $730 .