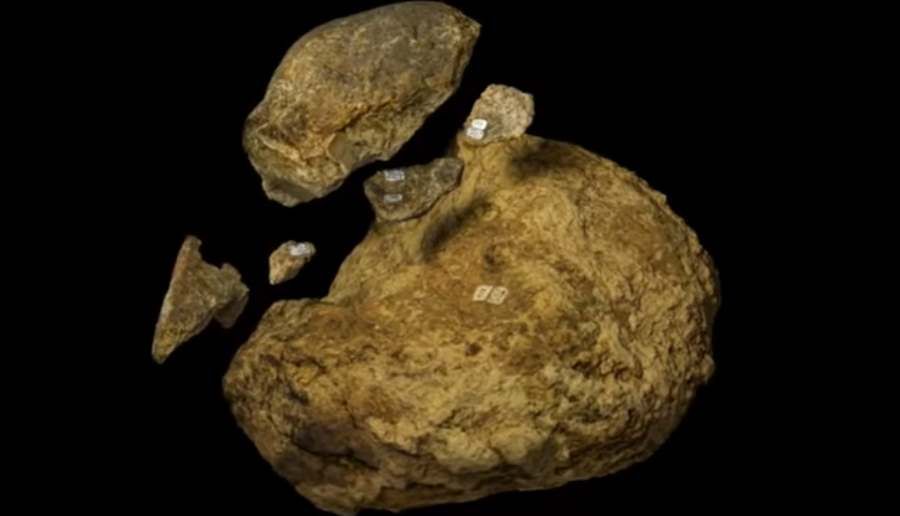 The controversial claim was announced by scientists from the San Diego Natural History Museum and the Center for American Paleolithic Research in Hot Springs. They relied on the remains of a mastodon found in 1992 during road construction in San Diego. Wok They also discovered large stones and the remains of other bones. The find was made in a layer of silt carried by a small stream.

Researchers were puzzled by the presence of sizable ok stones ł finds. The stream does not m head to carry such large stones. It was then that scientists came up with the thesis that they could indicate human activity. In addition, traces were discovered on the bones of the mastodon, suggesting pr I will defend them bki. According to archaeologist stones may have been used to break bones to extract bone marrow from them. They could also have been used to make tools out of bones.

However, researchers have struggled all this time to date the find. With help came new dating methods. This involves the uranium-thorium method, which ra is based on the decomposition of radiotw HAT isotope in the uranium. Thanks to this method, the age of the finding was determined to be 130 thousand years.

According to current leading theories, 100,000 years ago Homo sapiens lived in Africa and had not yet left the continent. Perhaps other species of hominid have managed to get through in some way b through the Bering Strait to America P northern. We know that 100,000 years ago Asia was inhabited by Neanderthals and Denisovans, and the marks on the bones of the mastodon may be their work.

Most scientists shares the view that Homo sapiens arrived in the Americas P ln the North Sea about 20,000 years ago. The authors of the research paper published in „Nature” they undo this event by 100,000. years. – This is an amazing find. If it turns out to be true, it will change the history books. I suspect that the theses of the author of at work will be severely criticized and most of them will not be accepted – commented quoted by „Nature” Paleontologist John McNabb of the University of Southampton.

Many archaeologist argues that the evidence presented by the author in a publication in the journal „Nature” The evidence is insufficient and that a stronger testimony is needed. It is shaping up to be an extremely heated discussion in the archaeological community.