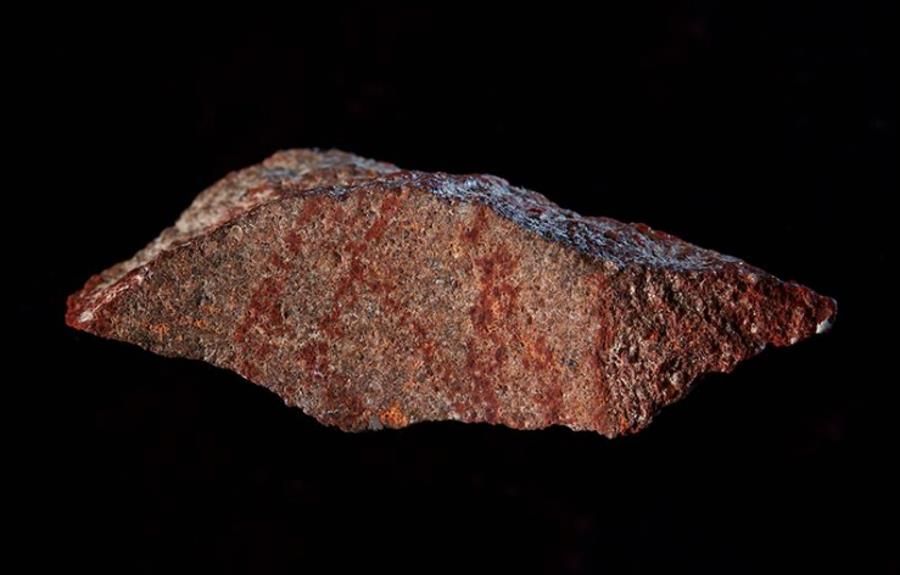 In one of the caves located in South Africa, archaeologists have found a small piece of rock containing the oldest drawing known to mankind. “The work” was created around 73,000. years ago and was made using red pigment extracted from ochre.

Somewhere in the Stone Age, early artists began experimenting with a new form of visual art – drawing. For a long time, archaeologists were convinced that the first drawn symbols appeared when the Homo sapiens colonized areas of Europe about 40,000 years ago. However, recent archaeological discoveries in Africa suggest that abstract works using symbols appeared much earlier.

In an article published on „Nature” international team ³ scientist from France, Norway, South Africa and Switzerland, described the oldest known abstract drawing made with ochre. Archaeologists found it on a small piece of silica rock while analyzing stone tools collected during excavations at Blombos cave in South Africa. The rock fragment comes from an archaeological layer 73,000 years old. years, and the drawing itself depicts nine intersecting lines reminiscent of the hashtag used today.

Gl he first challenge for researchers was to prove that these lines were deliberately drawn by people. French scholars from the University of Bordeaux, the National Center for Scientific Exploration and the University of Toulouse II looked into the matter – Le Mirakl, who specializes in chemical pigment analysis .

They first reconstructed the same lines using The most recent are from the archaeological layer, which has been overlooked by the public nali their drawings with the ancient original. Their findings confirm that the lines were deliberately drawn with a pointed tool on the surface of a stone previously smoothed by rubbing it. Wz The therefore represents the earliest known drawing, predating the oldest discovered works by at least 30,000. years.

These discoveries show that the first Homo sapiens In this region of Africa used tive techniques to produce similar signs In na he various materials, supporting the hypothesis that these markings served a symbolic function.

It’s hard to say that the ancient drawing is beautiful, stunning or captivating – none of these things. Besides, this is not the whole „works”, kt re could have been much more complicated and much larger, but researchers cannot assess the size of its. Nevertheless, it is priceless, as it appears to be the earliest evidence of drawing in the archaeological record. 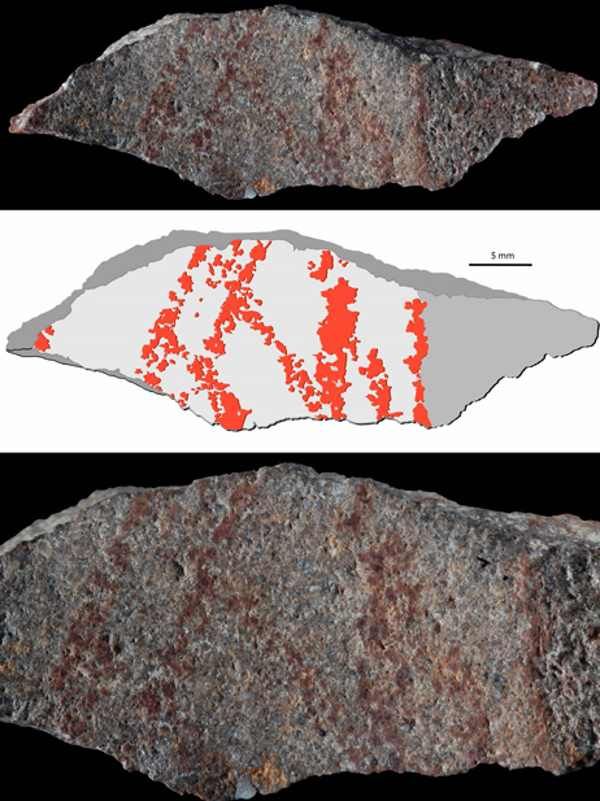 Prehistoric humans lived in Blombos cave some 100,000 years ago. Previous research had already indicated that they had a knack for artistic.

Excavations in this cave began in 1991 and continue to this day. Archaeological layer, in which rej lay a fragment of siliceous rock, has already provided many other objects with symbolic markings, including other rock fragments with ochre paintings, kt re have very similar intersecting lines. Also found there are beads made from sea snail shells .

In 2011, something like a painter’s workshop was unearthed in a cave – a set of large snail shells containing remains of ochre.

But surely the intersecting lines are the work of early artists in showing abstract thinking? Alistair Pike, an archaeologist at the University of Southampton, says there is no way to prove that these "engravings" are works of art, not just marks left by someone sharpening a tool on a harder surface.