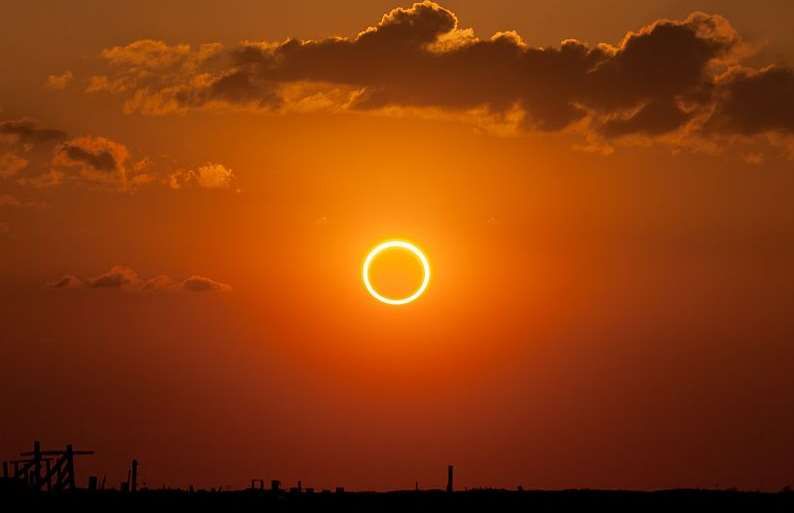 The oldest description of a solar eclipse is in the Bible?

The Old Testament Book of Joshua may contain the oldest known description of a solar eclipse. Cambridge University researchers have pinpointed the date of the event, which may allow a more precise determination of the time of the Pharaohs’ reign.

„On the day that rym Yahweh issued the Amorite in the power of the son of of Israel, said Joshua in the presence of the Israelites : Sun, stand over Gibeon. And you, moon, over the valley of Ajjalon. And the sun stopped, and the moon stood still, until the people avenged themselves on their enemies. Isn’t it written in the Book of Righteousness? And the sun stopped in the middle of the sky and almost all day did not hurry to set” – we read in chapter ten in the Book of Joshua.

The passage above is a description of the way the Israelites into Canaan (now the territories of Israel and Palestine) and their struggle against the Amorean coalition. Until now, it was thought to be a metaphorical description of the struggles of Israelite in adversity, a poetic description of the subr ry, but it could also be something else. According to Cambridge University science professor Sir Colin Humphreys, the text may refer to a solar eclipse. The results of a study conducted by British scientists in the study appeared in a written „Astronomy & Geophysics”.

The Bible refers to the sun and moon standing still, Humphreys says, but the original Hebrew text uses the word, which re in a related Babylonian language, can also mark the eclipse. – The Hebrew word „stands still” has the same root as the Babylonian word describing an eclipse – explains Humphreys.

– If these words describe a real observation, then this is about a major astronomical event. The question is what the text actually means. Usually this text is interpreted literally, that the Sun stopped moving. But going back to the original Hebrew text, we found that an alternative sense could be that the Sun and Moon stopped doing what they usually do: they stopped shining – m i researcher.

– In this context, the Hebrew words may have referred to an eclipse of the Sun, when the Moon passes between the Earth and the Sun and the Sun ceases to shine – scientist assesses. Humphreys and his colleague Graeme Waddington, co łautor of the work, are not the first, which ers suggest that the biblical text may refer to an eclipse of the.

About the fact that the Israelites were in Canaan between 1500 and 1050 p.n.e. m i also the text engraved on the Merneptah Stele – ruler of Egypt, son of Ramses the Great. Words carved into a granite block m binds about the campaign and defeat of the Israelites by Mernepath.

Researchers had already pr b They combined the solar eclipse with words from the Book of Joshua and the Merneptah Stele to determine the date of the event. These results came to nothing, as scientists looked for a total eclipse of the Sun. And in fact, according to calculations, a total solar eclipse as seen from the area in ancient Canaan was not in the time period under consideration. But there may have been another eclipse – ring, when the disc of the moon does not completely obscure the sun. An ancient word describing an eclipse does not rozr tion of its type.

From the complex calculations made by Humphreys and Waddington, it appears that the only annular eclipse visible from that area between 1500-1050 p.n.e. took place on October 30, 1207. p.n.e.

If the researchers’ theses are confirmed it will be the oldest description of a solar eclipse. It will enable also researchers to determine the exact years of the reigns of Ramses the Great and Merneptah, which will be of great value to historians .

Using these calculations, Merneptah’s reign began in 1210 or 1209. p.n.e. From other text n Egyptian we know how long he and his father held power. This would mean that Ramses the Great ruled from 1276 to1210. p.n.e. These are the most accurate dates relating to the years of Pharaonic rule. Scientific work of Cambridge can clarify the Also the dates of the reigns of other rulers in Egypt.