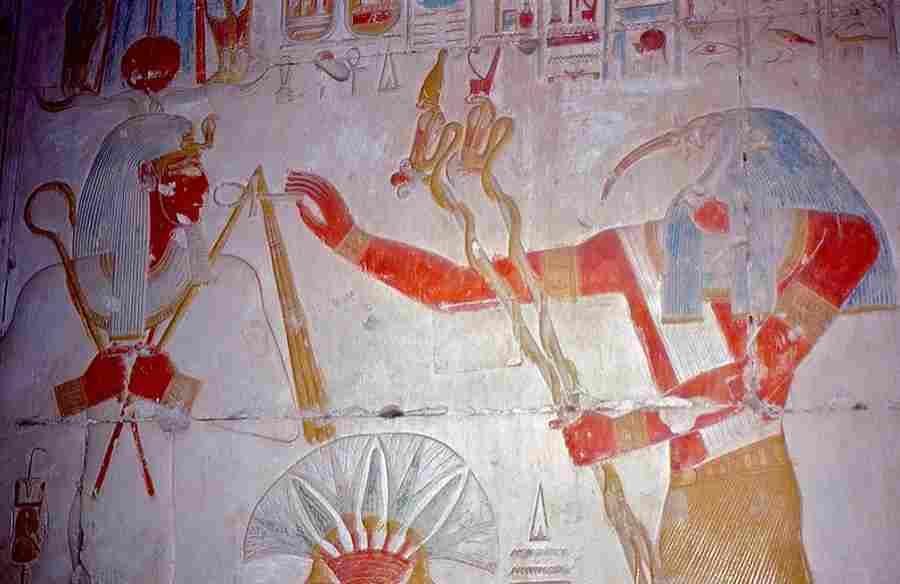 An ancient necropolis full of sarcophagi was discovered in Egypt

Egypt’s Ministry of Antiquities announced the discovery of an ancient necropolis near the city of Al-Minja in the Nile Valley, about 250 kilometers in the south of Cairo. The cemetery dates to the period of the so-called. Epoch P The tomb was found in the early Middle Ages (656-525 p.n.(e) and the initial In the Ptolemaic dynasty (304 r. p.n.e. – 30 r.n.e.).

Eight (there are probably more) tombs were found in the necropolis. Numerous sarcophagi were discovered in each of them – a total of 40. Inside the tomb more than 1,000 statuettes found in. The tomb complex is located only 6 kilometer in from the archaeological site – also necropolis – Tuna El-Gabal.

– We will need at least five years to examine the necropolis,” said Minister Khalid el-Anani. – This is just the beginning of the work – added excitedly.

Excavations began late last year. Archaeologists searched for an as yet uncovered part of the Tuna El-Gabal necropolis. Near the cemetery lay the ancient city of Hermopolis, which rm was patronized by the Egyptian b thot – b g of the Moon, patron of wisdom, protector of writers and people of science and art.

One of the tombs discovered belongs to the high priest of Thoth. Four well-preserved alabaster canopies were found in it – Ritual vessels in which which the entrails removed from the body before mummification were placed. Hieroglyphs were found on the Canopian urns, thanks to which rym read the name of the priest – Jehuti-Irdi-Es. The first part of the name means Thoth. His title was also inscribed there: „One of the Big Five”, reserved for the oldest priests In Thota. Canopy was crowned with the heads of four sons in the god Horus.

In addition, more than 1,000 uszebti figurines were also found in the high priest’s tomb – mummy-shaped statues, with hoes in their hands and a sack on their backs. Egyptians believed that in paradise there was a need to work. Uszebti figurines were placed in tombs in the dead to relieve their souls of this obligation.

The mummy of the high priest itself is decorated with a bronze collar, and kt rym shows the image of Nut – goddess of the sky, c rki of the god of air. Inside the sarcophagus, amulets made of precious stones were also found. Numerous sarcophagi were also found in the tomb of the priest, who re most likely belong to the family of the deceased.

The site of Tuna El-Gabal has been known to researchers since 1931, but the catacombs containing numerous corridors are largely unexplored. Thousands of falcon mummies have been found in these catacombs , baboon in and ibis. Last year, 17 mummies were discovered there, along with numerous coins, richly decorated sarcophagi and several ancient manuscripts .

The Ministry of Antiquities hopes that further discoveries will contribute to the development of tourism in Egypt, which hich has been in severe decline following rather tumultuous public protests described as „arab spring”. – Wkr tce will add a new archaeological attraction to the map of Egypt – emphasized el-Anani.

Source background: sciencealert. Pictured are the heads nym Pharaoh Seti I receive a sign of life from Thoth. Relief from the temple of Seti I at Abydos. Photo. Bernard Dupont/ CC BY-SA 2.0/ Wikimedia Commons