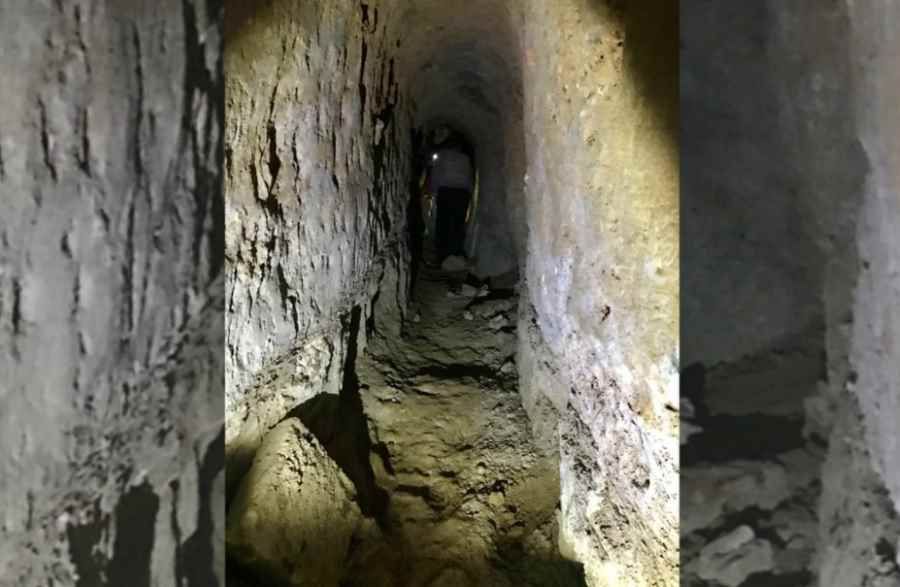 Near the ruins of the tomb of the prophet Jonah, archaeologists have come across inscriptions describing the government of an Assyrian king named Asarhaddon. After several years of presence in these areas of extremists from the so-called. Islamic State researchers did not expect to find salvaged, previously unknown inscriptions. According to researchers, the find is more than 2,700 years old.

In four tunnels under the destroyed tomb of the biblical prophet Jonah, archaeologists discovered seven inscriptions. The tomb was located just outside the city of Mosul in p Northern Iraq, in the ruins of ancient Nineveh. The tunnels were dug by looters in the so-called. Islamic State (ISIS), which re occupied the area from 2014 to 2017.

While the city was under the control of extremist , there were many crimes against religious and ethnic minorities living in Mosul. ISIS members looted what they could, and some of the monuments in a show they destroyed – m.in. ancient book collection from the local library, numerous monuments and statues. They also blew up a temple in which the The tomb of the prophet Jonah was located there.

But before the temple was demolished, extremists were digging in and around the temple in search of treasure – assessed Ali Y. Al-Juboori, director of the Center for Studi in Assyrian at the University of Mosul.

Another inscription m i “Asarhaddon reconstructed the temple of the god Ashur (b g of war, the sun and the creat rca of the world according to. Assyrian mythology), rebuilt the ancient cities of Babylon and restored statues of the great gods ”. The inscriptions m link also about the history of Asarhaddon’s family. One can tell from these that it is a “Sennacherib’s son (reigned 704-681 p.n.e.) and a descendant of Sargon II (reigned 721-705 p.n.e.), which ry was also kr lem of the world and kr lem of Assyria”.

Archaeologists, headed by Professor Al-Juboori, conducted research at the temple between 1987 and 1992. Their work was interrupted by the war and was impossible for years.

During previous work, Al-Juboori and his team of archaeologists found several inscriptions near the tomb of Jonah. One was written on a clay prism-shaped object and discusses Asarhaddon’s many military conquests. M she sees that „Asarhaddon is the one who ry steps on the necks of the apartments in Cilicia” (Cilicia is a historical land now located in Turkey).

"I have surrounded, conquered, looted, demolished, destroyed and set fire to twenty-one of their cities along with small towns in their vicinity” – proclaims the inscription, which ra is probably quoting the words of Asarhaddon himself.

Inscription m also bind the subb j Sidon (a land located in wsp modern Lebanon), claiming that the „Esarhaddon’s army tore down the city walls and threw them into the Mediterranean Sea email”.