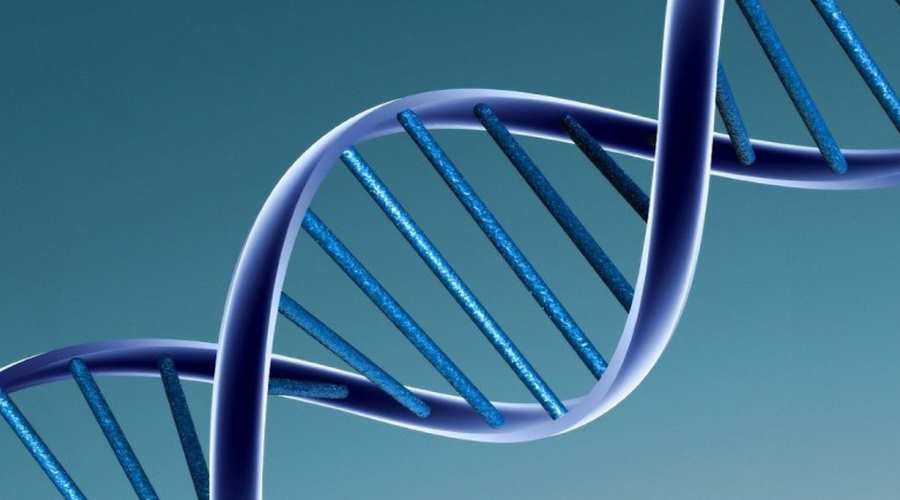 Imagine that genetic information can be manipulated as freely as letters, words and sentences in a word processor. You can search for clusters of letters in a text, delete unnecessary fragments, and paste new words in precise places. And in this way b quite freely redesign the genome to affect the characteristics of an organism. Sounds astonishing? Or perhaps even alarmingly? But it is no longer just a fantasy. These are the possibilities that the technology of gene editing opens up for humanity , in particular liability known for only a few years method based on CRISPR/Cas system.

Thanks to genome editing technology can program genes with precision down to single nucleotides – "letters" creating genetic information. A spectacular example of the technique’s use this year was the encoding into the DNA of bacteria. kr tki film. and then reading that film, after extracting it from the DNA of subsequent generations of bacteria.

In August this year. it was reported that scientists from the US and South Korea have succeeded for the first time – thanks to CRISPR/Cas technology – in replacing a defective gene in a human embryo. The experiment involved removing the mutation leading to asymmetric left ventricular hypertrophy and sudden cardiac death and replacing it with a „healthy” DNA sequence variant.

Scientists around the world are using CRISPR/Cas to study the function of single gene. In biotechnology, meanwhile, thanks to gene editing create new varieties of plants and animals with desirable traits (and not necessarily ones that re will be considered GMOs under current law). In diagnostics, CRISPR/Cas is the hope for rapid recognition of bacteria and viruses infections. The technology gives also the chances of creating new drugs in and therapy.

– When it comes to finding applications for CRISPR/Cas, we are only at the beginning of the road,” comments Prof. Bujer in an interview with PAP. Janusz Bujnicki, one of the advisors of the in the European Commission’s scientific SAM-HLG, employed at the Warsaw-based International Institute of Molecular Biology and Com rk (IIMCB).

Prof. Bujnicki expects industry interest in gen-editing technology to grow will be a considerable. And that means the prospect of big money.

A tough fight for one’s rights

So a lawyer was hired to fight for intellectual property rights to the solution. The battle is indeed fierce. For now, the major parties to the dispute are the University of California at Berkeley (UC) and the Broad Institute. In 2012. UC-affiliated Jenniffer Doudna and Emmanuelle Charpentier and their team have shown how – thanks to CRISPR/Cas technology – it is possible to cut, at a precise location, isolated from bacterial com rki developed DNA. Whereas in 2013. Feng Zhang with a team from the Broad Institute (a collaboration between MIT and Harvard) presented how to apply CRISPR/Cas in com rk of eukaryotic cells (where DNA is strung together with proteins in the form of chromatin). Each of the team’s solutions has decided to patent.

For UC – kt ry hoped for a bigger piece of the pie – not a good outcome.

Doudna argued some time ago that it is difficult to understand the decision of the patent office. – They (Broad Institute) got a patent on green tennis balls, and we (UC) will have a patent on tennis balls – m iła.

Where dw ch fights, not always the third benefits

Prof. Matthias Bochtler of the Warsaw-based Institute of Biochemistry and Biophysics of the Polish Academy of Sciences and IIMCB uses CRISPR/Cas on a daily basis in his research. In an interview with PAP, the scientist points out that the media, when reporting on the patent battle, often forget about another important player in the CRISPR/Cas battle. It is Virginijus Šikšnys, kt ry – along with a team from Lithuania – had also made an important contribution to the research on CRISPR/Cas.

Team ł from Vilnius researched the same as Doudna and Charpentier. But he was not so lucky with the publication. Researchers – kt re already reputable – have submitted a publication to the "Science" in June 2012. And yet in the same month their work was published. Meanwhile, Šikšnys sw j article to "Cell" filed as early as April 2012., But the text was quickly rejected. He submitted a revised paper to the journal PNAS in May of the same year, and the publication did not appear until September 2012. And that may have been a bit too p It would be unfortunate to be recognized – without any buts – as the first discoverer of the potential of CRISPR/Cas. – This is essentially the same discovery. is particularly łami,” comments Bochtler, who ry with Šikšnysem wsp he work. As he adds, Šikšnys is also seeking rights to license the use of CRISPR/Cas.

Prof. Bujnicki notes that the request The number of patents on CRISPR/Cas technology continues to increase worldwide. Research institutes from Europe are also involved in the battle, with the rymes were related in her work by Emmanuelle Charpentier. Recently Also a patent for the improvement of CRISRP technology was filed by Merck. – The different patent applications relate to sion In CRISPR technology and sultry applications. This He also filed patent applications for improvements in these techniques – m i prof. Bujnicki. And he points out that patents depend on each other, and for now it is not always clear to whom and when CRISPR/Cas rights will have to be paid for.

– In my opinion, in this conflict, the greedy party is not scientists, but institutions and lawyers, comments Prof. Bochtler. Wt rowan him prof. Bujnicki: I hope researchers will strive for maximum wsp he cooperation, and wealth-hungry investors will not inflate the conflict in the scientific world.

Prof. Bujnicki believes that for CRISPR/Cas research, sooner or p The Nobel Prize will be awarded later. – But if the Nobel were awarded now, the Nobel committee’s verdict would probably be used in court to press for a specific ruling on intellectual property rights. And this would be detrimental to the institution itself Awards and og lnie for science – comments.

Prof. Bochtler, on the other hand, guesses that perhaps the Nobel committee will come out of the problem differently. Perhaps this prestigious prize will be awarded first to authors of basic research on CRISPR? Because before the discoverers are rewarded in applications (fighting for patents), it may be worth noting the painstaking basic research of those who ers described how CRISPR works in nature – in com rks of bacteria.